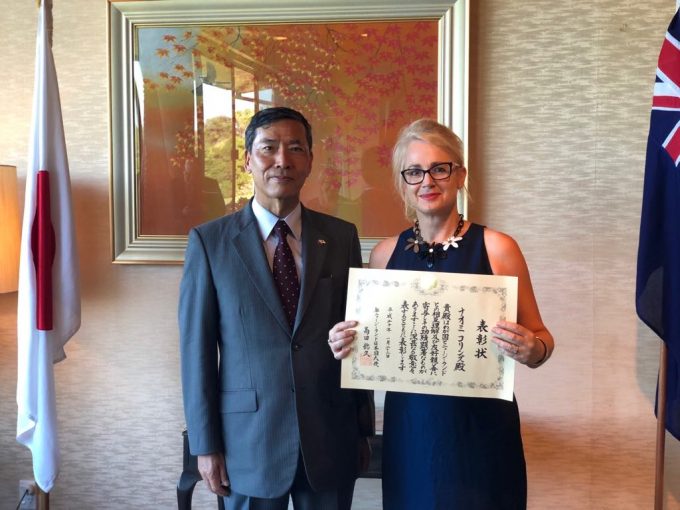 Looking back on 23 years of NF-JLEP in New Zealand

After graduating from Massey University with a degree in languages in 1982, I co-ordinated the New Zealand Japan Exchange Programme (NZJEP) for the NZ Ministry of Education for 4 years then moved back to Massey University in a senior administrative role. I then completed postgraduate study in Linguistics and Second Language Teaching, and taught English to Speakers of Other Languages at a number of tertiary institutions.

In 1995, just before embarking on my most challenging role so far – parenthood – I was appointed to the then very part-time role of Co-ordinator of the Sasakawa Fellowship Fund for Japanese Language Education (SFFJLE) Programme*1, again for Massey University. The mandate of the New Zealand SFFJLE programme, or plain ‘Sasakawa’ as it came to be known very quickly by the Japanese Language Education community in NZ, is to promote the study of Japanese in NZ and to support Japanese language teachers and students. We do this through a range of scholarships, grants, workshops, research, and creation of resources.

Responding to the changing JLE environment in NZ

One of the unique strengths of NF-JLEP in NZ is that it was set up in such a way that the Management Committee could respond relatively quickly to changes in the Japanese Language Education environment across the years – and, not surprisingly, there have been many such changes in my 23 years in the co-ordinating role. I could pick many examples, but here is one which I think particularly well illustrates this point.

One of the first Sasakawa initiatives was a Scholarship for Teacher Trainees of JLE. 23 Years ago, there simply were not enough qualified teachers, so this scholarship made sense. But a decade or so later things were different – it became clear that there were more trained teachers than there were positions available: the stock of teachers had increased at the same time as the number of students choosing to study Japanese in NZ was declining. We responded to this by phasing out the Teacher Trainee scholarship and commissioning a Research Report to find out why fewer students were choosing Japanese and what measures we should take to try to address this decline. The research was extensive and instructive, and enabled us to introduce a range of projects which would seek to address some of the highlighted contributory causes. Out of that came, for example, the YouTube ‘Why Japanese?’ project where we interviewed a number of Kiwis (New Zealanders) who were proficient in Japanese and doing interesting, sometimes surprising jobs.  We also ran workshops to address identified gaps in the skill sets of teachers, projects to encourage collaboration between the educational sectors, projects focusing on advocating for the importance of JLE in NZ and so on. In many of these projects we collaborated with other bodies interested in the promotion of Japanese language in NZ, because it makes sense to pool expertise, and because in the changing economic climate, our budget could not sustain funding everything we wanted to do, by ourselves!

It is worth spending a bit more time at this point on the Advocacy issue.

Advocacy for languages, or promotion of the value of languages, has become crucial in NZ. In some countries, it is compulsory to learn a foreign language at many educational levels. In NZ it is not, so one of the main challenges for those of us working in this space is to raise awareness in the community (government, business, education, parents, students) of the significant benefits accruing to individuals, to our economy and to society in general, when more of our people embark on the adventure of studying a 2nd language. If we don’t let students know why it is important, we won’t have anyone left to teach! Teachers can no longer just teach – they also have to be effective ‘marketers’ of their subject. Sasakawa has seen that one of its most important jobs at present is to give teachers the tools to do this advocacy job without adding too much work. My Australian colleague and friend Anne de Kretser, also an NF-JLEP Co-ordinator at Monash University, is my ‘go-to international expert’ for ideas in the specific area of simple advocacy resources and ideas for teachers. We have brought Anne across from Melbourne for several ‘Sasakawa Workshops’ over the years. 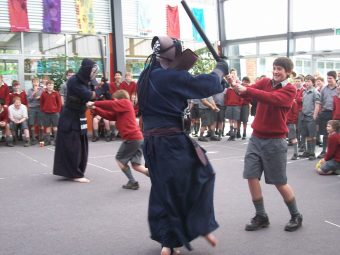 Running alongside all these ‘coming and going’ projects are the consistent Scholarships for Undergraduate Students of Japanese (enticing and rewarding top students for choosing Japanese at university) and the Scholarships for Teachers Running School Trips to Japan. The latter is important because experiencing Japan has been clearly identified both in the research project referred to above, and anecdotally, as a very strong motivating factor in students’ desire to persist with their Japanese studies. If we can get them to Japan, we can get them hooked on the language. 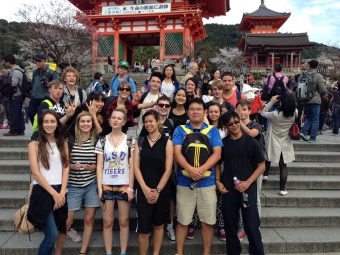 Thanks to the NFJLEP Association Secretariat

I hope this all serves to demonstrate the degree to which we have been able to be responsive to the changing environment over the years. And for this, I am so very grateful to the NF-JLEP Association Secretariat – they have been flexible, they have trusted us and they have been sympathetic to our evolving situation. Of course we have always been able to explain the reasons for each new project we have initiated, and been able to back our decisions with solid research findings, but the NF-JLEP Association Secretariat have always been receptive and accommodating. Teachers and lecturers of Japanese in NZ are also extremely grateful – I often receive words of ‘thanks to Sasakawa’ and to the NF-JLEP Association Secretariat, whom our community knows to be the funding body behind Sasakawa.

In 2013, 2016 and 2018 I contracted to the Japan Foundation to conduct the NZ leg of the Worldwide Survey of Japanese Language Education. I am proud of the 100% response rate with these surveys, although I may have lost a few friends in schools when I contacted them for the tenth time to ask for their responses! Because of the 100% however, we now have an accurate picture of the numbers of students and numbers of schools offering Japanese language in NZ, and the trends with these numbers. And we have a very accurate database of names and email addresses so can contact teachers directly about new opportunities we are offering, or of which we are aware.

In January 2018 at a dinner at the home of the Japanese Ambassador to NZ His Excellency Toshihisa Takata, I was humbled to be awarded the ‘Ambassadors award for services to Japanese language education in New Zealand’.  It was a great honour to be recognised in this way. Yes I have worked hard, but I am certainly the lucky one – not everyone gets to work in an area they love and with a message they believe in so strongly. As explained earlier, it can be an uphill battle in New Zealand where the immense value of speaking a second language is not widely appreciated. But things are changing – watch this space!